Just in case you forgot...

The following are 20 ways that the U.S. economy has gotten even worse since Barack Obama became president....
#1 In January 2009, the official U.S. unemployment rate was 7.6 percent.  Today it is 9.1 percent.
#2 When Barack Obama took office, the number of "long-term unemployed" in the United States was approximately 2.6 million.  Today, that number is up to 6.2 million.
#3 When Barack Obama first became president, the average price of a gallon of gasoline in the United States was $1.83.  Today it is $3.79.  This also affects the price of almost everything else that we buy.
#4 In April 2009, the average U.S. household spent approximately $201 on gasoline.  In April 2011, the average U.S. household spent approximately $369 on gasoline.
#5 According to an article in the Daily Mail, the cost of a Memorial Day cookout was 29 percent higher this year than it was last year.
#6 When Barack Obama was sworn in, there were nearly 32 million Americans on food stamps.  Today, there are more than 44 million on food stamps.
#7 According to the U.S. Census, the number of children living in poverty has gone up by about 2 million in just the past 2 years.
#8 When Barack Obama took office, the U.S. national debt was 10.6 trillion dollars.  Today it is 14.3 trillion dollars.
#9 The federal government has borrowed 29,660 more dollars per household since Barack Obama signed the economic stimulus law two years ago.
#10 During Barack Obama's first two years in office, the U.S. government added more to the U.S. national debt than the first 100 U.S. Congresses combined.
#11 The combined debt of the major GSEs (Fannie Mae, Freddie Mac and Sallie Mae) has increased from 3.2 trillion in 2008 to 6.4 trillion in 2011.  Thanks to George W. Bush, Barack Obama and the U.S. Congress, U.S. taxpayers are standing behind that debt.
#12 Under Obama, the U.S. trade deficit continues to grow.  The trade deficit was about 33 percent larger in 2010 than it was in 2009, and the 2011 trade deficit is expected to be even bigger.
#13 Only 66.8% of American men had a job last year.  That was the lowest level that has ever been recorded in all of U.S. history.
#14 Just since August, 2 million more Americans have left the labor force.
#15 In 2010, more than a million U.S. families lost their homes to foreclosure for the first time ever, and that number is expected to go even higher in 2011.
#16 The U.S. real estate crisis just continues to get worse.  During the first three months of this year, less new homes were sold in the U.S. than in any three month period ever recorded.
#17 The U.S. dollar has fallen by 17 percent compared to other major national currencies since 2009.
#18 Faith in the U.S. dollar and in U.S. Treasuries is rapidly declining.  The mainstream news is not reporting on it much, but right now the Chinese are rapidly dumping U.S. government debt.  That is not a good sign.
#19 When Barack Obama first took office, an ounce of gold was going for about $850.  Today an ounce of gold costs about $1500.
#20 Americans seem to be more pessimistic about the economy than ever.  According to a brand new poll, 61 percent of Americans believe that they will not return to their "pre-recession" lifestyles until at least 2014.
Posted by Benjamin F. Snowden, Jr. at 13:31 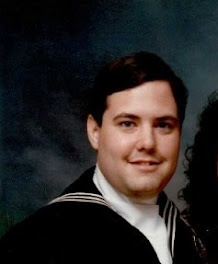